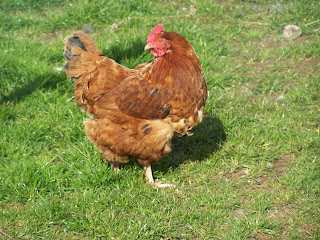 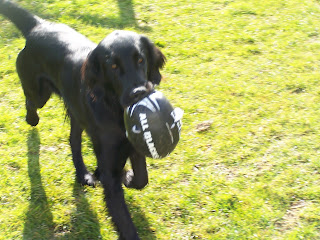 The weekend was spent overseas; we had been invited to three days of celebrations for a good friend’s birthday. The events were to take place on the neighbouring Isle, and as usual it was no mean feat getting ourselves organised and onto that ferry boat, although we did have to succumb to a slightly reduced ‘party time table’, missing out on a clay pigeon shoot and cask visit. 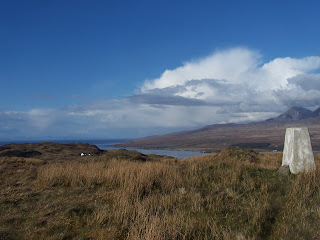 The mad dash there involved getting everything in place, from lambers, to cottage changeovers, meals for hungry children, hens and dogs and feeding/walking routines, and a last minute visit from the local farrier to shoe the horses’ feet, and Muffin just was refusing to be shod, playfully galloping off around the fields as eldest tried in vain to catch him, and all as our ferry awaited to take us away to our ‘other island’ destination. So, we left in our usual melee of madness, not in the least bit organised, despite our best efforts, but realising that things would take care of themselves, especially as we were leaving teenage children at home to hold the fort for the first time (no sweat there then as eldest was madly texting near and far to announce she had an ‘empty’). 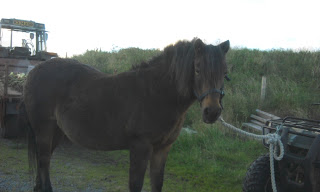 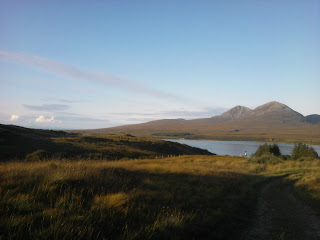 Naturally once you step off the little ferry boat all of your troubles and worries melt away aided of course by a large glass of something very tasty, with or without bubbles.

The celebrations took place in the village hall, tables were all laid beautifully, and guests from all over the world had made the journey to this remote location to celebrate with their friend. Of course the obligatory power cut happened right at the crucial moment when the food needed to be heated and just as everyone was taking their seats. Visiting guests were concerned as we sat in candlelight, but the hosts and locals were not in the least bit ‘phased’ – this is island life, power cuts happen on a regular basis, and reassuringly, after a few drams or so, the power flicked back on and the most wonderful food was served. This was followed by a ceilidh that went on well into the wee small hours as everyone hurled and burled around the hall, dancing the traditional Scottish reels, a true Highland celebration. When the band retired, they were replaced by another guitarist, who took to the stage and sang and played to his heart’s content, as the dancing continued. He apparently, honestly, did not hurt himself when he fell flat to the floor with an almighty bang, as he vacated the stage. The partying did not stop there, ipod located and partying went on. We rolled up the hill to our beds around 4.00am, the dancing still going strong, but the party goers gradually dwindling in numbers.
The following day, beach events were cancelled due to the inclement weather, but the partying continued with a BBQ and house party, with lashings of food and drink, more music and more hilarity. The happy farmer excelled with his performances of Tom Jones and Freddie Mercury, yet again the farmer’s wife finally had to sweep him up and prise him away mid performance as she made a mad dash to catch the final ferry home.
Lambs and children intact, normality resumed. 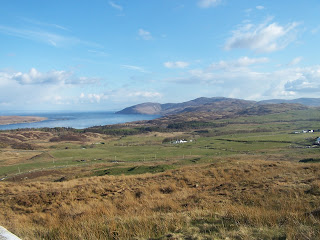 Spring has sprung, a leak in the whisky barrel.... 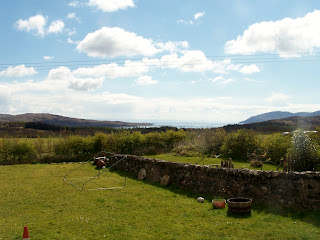 Yikes spring has sprung and we are halfway through April, and not a blog to show for it… 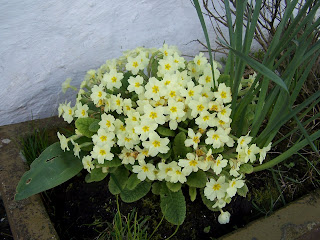 The cyclical nature of farming life continues here on the ‘croft’, lambing is well underway and just as the Happy Farmer thought that he was getting an easy time of it, a dab hand at the old ‘lambing’ job now, and the weather turned. The heavens opened. The wild winds blew, and a whole load of lambs fought in vain to survive the night. Each year the happy farmer toys with the idea of lambing indoors….on the plus side; youngest has a new friend to care for. Sugar lump, checked into the five star lambing suite in the byre, just as the weather turned particularly horrible, and has now left the confines of her cosy cardboard pen and is bleating happily outside, awaiting youngest’s return from school, so she can get another feed of milk. 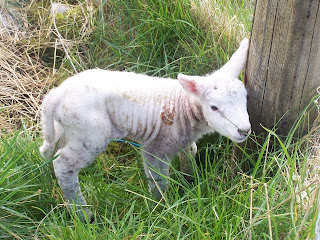 The farm has been very busy with visitors, Easter really heralds the beginning of a new season and ‘team Balerno’ arrived en masse, all 39 of them, for a week of island life. Tractor rides out the hill to feed the Highland cows, and daily quad bike hurls around through the sheep, interspersed with trips to the beaches, and lashings of food and drink, together with the ultimate pottery party (of course), and a good time was had by all. 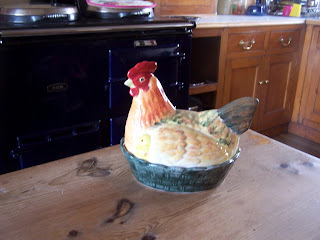 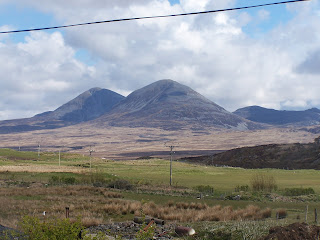 More family and friends followed, with of course the necessary cask visit to Bruichladdich distillery, which always comes at this time of year, as wee Hughie gathers the farming fraternity to sample his cask and see how the amber nectar is maturing. This year it seems to be maturing particularly well going on the state of the Happy Farmer and his cousin upon their return to farmland. The cousin went for a short nap and did not surface again until the next day. Stories are gradually pouring forth as the days unfold and the blurry haze is becoming one of clarity with fine tales of balancing garden fences crashing, and the case of the missing spectacles, which incidentally still have not turned up, in fact if you do happen to be visiting a butcher’s shop in Tiree be sure not to mention glasses, whisky or otherwise. I am actually beginning to wonder if there will indeed be any whisky left in that cask for next year’s gleeful reunion.
Thankfully the Happy Chappy from nearby had taken over the necessary lambing routines for the day, ably assisted by youngest, as his little helper.
Until next time.....
Posted by Posie at 15:12 10 comments: